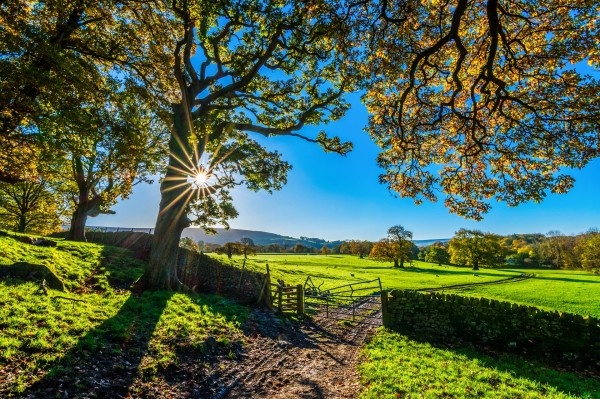 When my grandfather retired from being a schoolteacher, he traveled. He read books, played the piano, read voraciously, gardened enthusiastically. He even tried baking bread (my grandmother resented that one – it was, after all, HER kitchen). Whenever he took a taxi, he’d strike up a conversation with the driver; at restaurants, he’d find a way to connect with or entertain the wait staff. He could make conversation with anyone and had a zest for life and knowledge that meant he never tired of exploring, learning and experiencing new things, places and people.

With the passing of the years, I’ve come to realize this fearless exploration of our world and all things in it may quite possibly be quintessentially English – the world is there for the taking, as it were. Particularly for someone of my grandfather’s generation, being an Englishman was certainly a wonderful fate.

Be that as it may, I don’t mean to minimize my grandfather’s individual strength of character – he was just so very English, I can’t really write about him without mentioning it. I think he would want me to.

Once his ability to drive was gone, my grandfather’s shoulders sagged in a way I had never seen. He got very quiet and soft-spoken, which was, frankly, really odd for the rest of us since we were used to Grandpa being the self-proclaimed decider and leader of the pack. It was as if he didn’t feel like a man anymore.

One of my grandfather’s great joys was driving. Driving was just about the best thing there was – it was motion, innovation, speed, manliness, freedom and control over one’s environment to a thrilling degree all rolled into one glorious activity. And so when my grandfather’s eyesight deteriorated to the point where he couldn’t drive anymore, it was honestly tragic.

I know by today’s standards, this sense of gender will (and should) seem extremely narrow and simplistic – but there it was: my grandfather’s sense of self was being eroded by time and age. Who was he if not a man in a car, exploring the world and roads?

I think of my grandfather quite often when meeting with clients who live in assisted living facilities or those who are home-bound. While we often discuss their present circumstances, ways to improve things for them or plans for their family when they’re gone, we always talk about bygone days and how they used to live. These clients in particular are eager to share who they are, because when they do that, they are that person again, if only for the duration of the conversation, the sharing of the memory. Plus, it feels good to pass something on – some illustrative story of life, or a tidbit of advice. That way, having lived this long and having so many days to look back on has some advantage, some wisdom to pass on to a younger member of the species. You know they probably won’t heed it, but humans have always taken comfort in sharing information (hello internet!), and conversation is one of the oldest vehicles of knowledge there is.

The upside of my grandfather becoming home-bound was in fact more conversations with him. As a female grandchild, I hadn’t been inducted into obsessing over cars and engines (although I do like cars, for the record); in fact, my grandfather and I usually locked horns on how authoritarian he got to be and what…honestly, I can’t remember, but little power struggles here and there as I grew up. In hindsight, I think he started to realize we were rather alike. And so once he found himself “stuck” in the living room with all the females, he and I actually talked.

We talked about religion – people’s need for it and what we thought about it (mostly rubbish, but what can you do); we talked about other cultures and how fascinating the human race was in its strange similarities and differences. It was really lovely.

When my grandfather got near to the end of his life, he regressed in a wonderful sort of way and would often repeat the same stories of his time in Egypt during “the War” (Second World), as well as sing silly little songs from his childhood – the one about the tipsy mouse falling into a jug of ale comes to mind. We got used to reheating his teacup multiple times because he’d forgotten it was there and then wondered why he’d been served tepid tea. Luckily, he did all of this rather sweetly and in a docile way, so we didn’t mind too much. It was quite nice I think for all of us to see the lion-like patriarch diminished to such a gentle soul – who, of course, had been there all along.

I do miss him. He was a very good man by his generation’s standards (and others) and passed on a keen curiosity in others as well as a love of cars and his beloved home country, Yorkshire. I hope to preserve and pass on his strength of character and perseverance, and that I too become a gentle lion in my old age.

Maya Missaghi practices elder law as well as estate planning and probate with Missaghi Law, PLLC. She really enjoys visiting her clients and hearing their memories and stories; she thinks more people should listen to them, even if they repeat themselves (who doesn’t?). She can be reached at maya@mmlawservices.com or 952-237-9602.

In Memoriam of Lawrence Bailey

Everyone deserves an advocate.